Time travel through the streets of Coyhaique

Coyhaique, the capital of the Aysén Region, was founded in 1929. If you have a couple of hours and a bike or good shoes, you can learn about its history and traditions by visiting its neighborhoods and historical landmarks.

After a few days traveling along the Carretera Austral, reaching Coyhaique is sure to be a bit of a shock. After hours of silence and solitude, the small regional capital can seem a flurry of urban activity, where suddenly, it’s possible to find of everything. Hotels, restaurants, pharmacies, gas stations and shops, everything a traveler needs to continue (or start) their trip. Despite its seeming urban nature, Coyhaique is a city that can easily be toured by walking or by bike.

Coyhaique was founded in 1929 with the original name of Baquedano and first populated by workers of the Industrial Society of Aysén, which was dedicated to sheep ranching. During the 1930s, the livestock that once populated the city’s center were moved to other pastures and the development of the city was taken over by the State. A great way to get to know this city and its history is by getting a map from your hotel or a downtown tourist information center (check the kiosk on the west side of the Plaza de Arms) and taking a walk or bike ride around the neighborhoods and sites.

Take a left, continue 4 blocks to Av Simpson and turn right, advancing a couple of blocks to the road on your left that descends toward the Simpson River. You’ll soon pass over a hanging bridge. Take a look toward your right and you’ll see the Piedra del Indio (Rock of the Indian), a weathered rock cliff that has been molded by the force of the winds to resemble an Indian brave; thus inspiring its name.

Follow the road up and around to the El Claro Sector, home of Coyhaique’s rodeo arena and Club, the site for important celebrations like the City’s Anniversary and the regional fair, Expo Patagonia. When you reach the intersection that ends this sector, take a left to wind your way back to Coyhaique, crossing back above the Simpson River and eventually coming face to face with a giant hand holding a mate gourd and straw, a sculptural testimony to the influential gaucho culture present in the region.

At the giant mate, follow the roundabout to the north, along the road that borders the Simpson River. Immediately after the roundabout, on the right-hand side, you will see a small park with wooden sculptures representative of the settlers in the area, and a little beyond, on the left side, an impressive overlook of the River and Cerro MacKay. Follow this road, which is the bypass for the Carretera Austral, approximately 3 kilometers and just before the Coyhaique Bridge, take the fork to the right, onto Baquedano Avenue, the northern entrance to the city.

You’re leaving the waterfront sector now, on the way up to the top of Baquedano Avenue, to visit some of the oldest and most historic buildings of the city.  You’ll climb a total of 3 kilometers to the remaining buildings of the Industrial Society of Aysén (SIA), which date back to the 1930s and were declared Historical Monuments in 2009. On the way up you’ll pass the city’s main police station, several of the oldest and finest hotels, the historic cemetery on the left, and the Dolbek Brewery entrance on the right. After the crossing for Tejas Verdes, you will see a stone barn which originally housed the SIA workers’ mess hall. Just in front of the mess hall you’ll find the building that housed the company store.

Descending back to the center of town, again for Baquedano, you’ll come a boulevard type park, home to the Pioneer Square and one of the greatest landmarks of the city, the Monument to the Ovejero (Shepherd). Built in granite, this sculpture celebrates a shepherd with his horse and dogs, leading his flock. It was built in Punta Arenas in 1944 and brought to its final home in Coyhaique. Later, in 1962, the city of Punta Arenas decided it liked the sculpture so much that it commissioned a bronze replica so that it could honor this historic profession as well. In this same plaza, you’ll find other interesting tributes to the history of Coyhaique, like the Monument Celebrating the role of Chilotes (persons from the Island of Chiloé) in the development of the Region. There is also a giant wagon, called a “Chata” which was one of the first means of overland transport for the region. Pulled by 12 horses, it was used to travel to Argentina and could carry up to 6 thousand kilos of goods.

Now it’s time to explore the city’s center, marked by the location of the Plaza de Arms and the administrative and commercial development in the surrounding blocks. To visit the Plaza de Arms which is, without a doubt, the social center of the city, turn left onto Condell Street and travel three blocks until you intersect with the plaza.

The social nature of the Plaza predates the founding of the city. Around 1925, when the SIA managed the lands that today form Coyhaique, this sector was called “La Pampa del Corral”, filled with paddocks for troperos’ animals, so that these weary travelers could take a much needed rest. Gradually, the pampa evolved to include fun events, like Chilean style horse races, football matches and typical games like the Taba ( a sort of horseshoes like game), and Truco (a betting, lying, rhyming card game).  In 1928, the Ministry of Lands and Colonization designed the first subdivisions of the city and the layout of the Plaza de Arms, which is unique within Chile and features ten streets that converge at its perimeter.

On the north side of the Plaza, you’ll find the Cathedral of Coyhaique, inaugurated in 1970 as a replacement for the previous cathedral that was destroyed in a fire in 1960. The building was built using local hardwoods, like coigüe and mañío, and local workers and companies, in a collective effort representative of the community spirit that has remained strong throughout the development of Patagonia.

End your tour of the historic city center in Paseo Horn, the footpath on the southeast side of the Plaza that extends approximately 100 meters between the Plaza and Baquedano and features several shops and open air eateries, including the Historic Café Ricer (Paseo Horn 48), a busy café and restaurant that always has great lunch specials, coffees and local fare. In addition to great food, the restaurant (and especially the second floor), has lots of books and historic photos and artifacts about the history of Coyhaique, Aysén and Patagonia.  And they also rent bicycles so if you want, start with breakfast and a cup of coffee and end with lunch or an ice-cream after your tour! 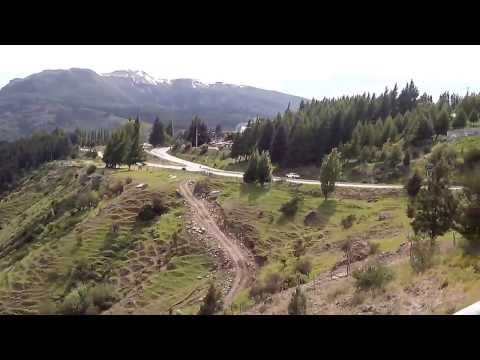 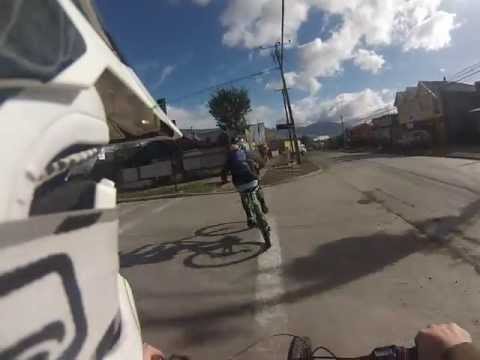 Time travel through the streets of Coyhaique