In search of the contrasting landscapes of the Mañihuales sector

Without a doubt, the development and settlement of Patagonia have left traces on its landscapes and culture; contrasts of the delicate balance between livelihood, economic opportunity and healthy natural ecosystems. This half-day circuit takes you off the beaten path to see and consider a variety of these traces for yourself.

This untraditional tour takes you off the beaten path and outside the typical tourist routes. You’ll begin and end in the village of Villa Mañihuales, where the majority of the Toqui mine workers have their homes. Mining is the most important economic activity for Mañihuales and the sector, producing a solid economic base for nearly 4,000 inhabitants, and the justification for having good schools, recreation facilities, stores and services; all important factors for recruiting and maintaining workers. The first mining prospections in the Aysén Region were related to early explorers’ quests to find the mythical “City of the Caesars”, a city of gold that the Spanish conquistadors of the sixteenth century believed to exist somewhere in Patagonia. Hundreds of years later, at the end of the nineteenth century, explorers arrived again, also searching for gold, but this time in the form of veins trapped within the quartz and granite found in many sectors of Aysén. In 1904, the inevitable occurred when Mauricio Braun and John Dunn made the first findings of metals in Aysén. Within a few decades, mining in Aysén was booming; by 1940 the region produced more lead and zinc than anywhere else in Chile (a country where mining is king!). During those years, the epicenter of the mining in Aysén was further south, centered along the southern shoreline of General Carrera Lake. In the 1930s and 40s, tens of thousands of workers flooded into the towns bordering the lake, like Chile Chico, Guadal and Puerto Ingeniero Ibáñez, and most were quickly dispersed amongst the mining camps in Puerto Sánchez and Puerto Cristal. Many communities doubled or tripled in size during this boom, even adjacent towns like Bahia Murta, which offered the timber and building materials critical for the construction of jetties and settlements to support the mines.

Today, there are two major mining operations in the region, the gold mine in the Paso las Llaves sector, between Mallín Grande and Chile Chico, and El Toqui mine which has been in operation since 1983 in the sector of the Mañihuales and Ñirehuao Rivers, producing gold, lead, silver and zinc. Nevertheless, gold fever is more alive than ever in the Patagonia; in 2012 the region designated 635,802 hectares to mining concessions, 89% of which were for exploration, mainly in search of gold.

Stop in the Villa to buy coffee or snacks for the route, as the stores open early to provide services to the workers who are starting their day. Head north out of the village along the Carretera Austral to the crossing with Route X-421 (Km 28) that leads to the El Toqui mine. From here on, the road is gravel, passing through quickly changing landscapes that begin with farms and large fields, full of fallen tree trunks that pay homage to the grand forests that predated the fires of the early years of the twentieth century. You’ll begin to climb, surrounded by native forests on the mountains that surround you and the Ñirehuao River far below to your left. Keep your attention on the road which winds and climbs through this section; at any moment you may find yourself face to face with the giant trucks of the mines which are used to having this road basically to themselves.

A little further the road descends and levels out, and here you will find the welcome signs for the El Toqui mine and shortly thereafter, the camp itself, with various houses painted in bright colors, machinery and the infrastructure, including offices, the mines and of course, the overflow pools. The scale and modernity of the infrastructure are impressive and in stark contrast with the natural and rural landscapes of the area. Nyrstar (www.nyrstar.com) a Belgian company, is owner of the deposit, with 460 direct workers and another 200 contractors. In this sector you will also want to be careful, first, for the presence of trucks and buses of the mine, and second, because the company sometimes reroutes the roads to prevent problems between their trucks and passenger vehicles. Follow the signs carefully!

Once you’ve passed the mine, follow the signage indicating the public road that winds its way toward the tiny village of El Gato. The landscape changes dramatically, transporting you from the modern realities of heavy industry to scenery that has existed practically untouched for centuries.  What more appropriate gateway to mark this sharp contrast than two small streams that stand between you and the road you must follow?!?  There’s no bridge here so you’ll need to cross; they are small and should be no problem; engage your 4-wheel drive and then advance slowly and steadily to the other side.

Now that you’ve met these early challenges, the rest of the route is a piece of cake. Just after the streams, you’ll encounter a fork in the road (Km 45) and you’ll bear to the right. From there you’ll just follow the road.  In the first few kilometers, you’ll wind past country churches and beautiful wetlands full of native and migratory birds, lagoons, creeks and natural pools that almost touch the road. At the end of the giant wetland you’ll encounter an enormous field with millions of yellow, pink, or purple flowers, depending on the season. From here the road begins to climb toward a beautiful pass with a mature native forest of lenga and ñirre that glows with vibrant oranges and yellows and reds in autumn. In this sector you’ll encounter pioneer era barns and fences that show century old building practices, including canogas (hollowed out trees, halved lengthwise and overlapped to form rustic roofs), tejuelas (ax hued wooden shingles) and traditional “palo a pique” fences. Keep a watch for gauchos working with cattle and sheep in this area; you may even be treated to a show as they round up their animals using Patagonian sheepdogs.

Toward the end of this road, you’ll make a steep descent into the tiny village of El Gato. Here you’ll notice the tragic implications of the fires, with a landscape heavily impacted by deforestation and erosion. El Gato is a tiny place, familiar only to its inhabitants and fly-fishermen who come to visit the exclusive lodges that are located in this area. But collections of tiny villages like this were precisely how this region began its course of development: widespread collections of a couple of houses in the middle of immense nature that little by little began to grow and form villages. El Gato remains tiny however; it does have a couple of small markets, where you can stop for a snack, a rural school, a first-aid post and a community center.

To complete this circuit, turn right at the intersection and head back to Villa Mañihuales (approximately 24
kilometers). 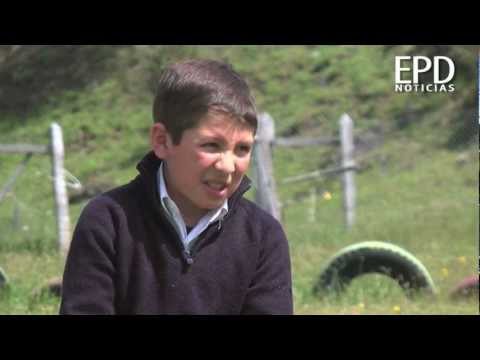 In search of the contrasting landscapes of the MaÃ±ihuales sector

Get to know mañihualina style hospitality; it?s a real lifesaver!