It?s a pretty safe bet that as you've traveled around the region of Aysén, you've run into gauchos; men and women who proudly maintain old-style Patagonia customs, from the way they live and work to the way that they dress. Gaucho traditions came to Aysén with the pioneers and remain alive today, despite the arrival of modern technology and globalization. Learn more about these traditions and do a little !gauchoing up! of your own in the saddleries of Coyhaique.

There is no doubt of the influence that Argentina has had on the culture of Chilean Patagonia and for that matter, of the influence that the original gauchos of Uruguay, Brazil and Paraguay have had on Argentina.  South American cowboys (gauchos) have a long tradition of migrating to where there is work, and from the mid-1800s to the mid-1900s, there were tons of work in Patagonia with the installation of enormous estancias; first in Argentina, then in the Magellanes Region of Chile and finally, in Aysén. Gauchos made their way down to Patagonia and followed the work in what was, for many decades, a South American version of the U.S. Wild West.  Many of their customs and traditions came with them to Patagonia; styles of clothing, music, yerba mate, even slang terms, like “che”. And that is why there are such regional differences between the customs in Patagonia and those in the rest of Chile. Ayseninos are proud of this tradition; thus here, you’ll see that gaucho clothing is almost a regional symbol; used both by ranchers for practical and traditional reasons, and by people in the cities, who don their boinas and bombachas because it is part of what defines their heritage and culture.

Traditional gaucho dress includes a boina (beret), a pañuelo (scarf) around his neck and bombachas (a type of pants). The most commonly worn boina in Aysén is black felt and of Spanish origin, although many folks own several others that are crocheted in wool or cotton. Boinas protect their owners from the sun and rain, and unlike the wide brimmed huaso hats that are typically used by the Chilean huasos (cowboys) in the central region, they aren’t likely to blow away in the harsh Patagonian winds. Many people in Aysén wear their boinas a little to one side. The best pañuelos are made of silk but polyester is also common. They are worn around the neck, often with a decorative clip, called a golilla, used in front. They are used for all kinds of practical applications but mainly, to protect a gaucho’s neck from the wind and sun.

Bombachas are baggy work pants made of a heavy-duty cloth, with pronounced darts, or pleats, in the front and rear and a small cuff at the bottom that is held snug around the ankle with a button. Old-school gauchos use a special kind of wide cloth or leather belt with their bombachas, called a rastra; some of which are decorated with coins. Gauchos also typically wear a special type of leather boots, which have a short heel and a pointed tip that perfectly fits in the wooden stirrups that they frequently use with their saddles.

Mantas (blankets) or ponchos are traditional gaucho outerwear. They are hand-woven of raw wool by weavers in the area, normally in natural colors and if dyed, natural dyes are used (onions, yerba mate, calafate, etc.). The same applies to vests, sweaters and socks; however, these items are typically knitted, rather than woven. The most important factor for all of these garments is that even if raw wool gets wet from the rain, it continues to generate heat. Mantas and ponchos are one of the most precious possessions for a gaucho, especially for winter work, and are longer than the huaso mantas used in the central zone of Chile so that they can provide better coverage in the harsh Patagonian conditions.

In addition to clothing there are a number of other items that are part of the gaucho culture and very handy to have around. For example, the bota de vino, is a great way to make wine portable, and virtually possible to take anywhere! It is made of goat leather; refined on the outside and natural on the inside and usually sewn in a teardrop shape, with a plastic mouth that squirts out a tiny stream of wine. They hold about a liter of wine and are ALWAYS close by during asados and celebrations.

A kit for drinking yerba mate is another utensil that is always close at hand. First, you need a mate, which is a small gourd or a small cup made from wood, metal or pottery. Many mates are exquisitely detailed and adorned – and every household has at least two or three in regular use. Additionally, you need a straw, called a bombilla, which is made of metal or bamboo and a small teapot or thermos to hold your water.

A good knife is one of the gaucho’s prized possessions, definitely his most important tool. There are two common knives used, a facón, which is big and heavy-duty, used for farm work and heavy jobs, and a verijero which is the size of a large steak-knife, no more than 15 cm, and used like a buck-knife, for a bit of everything, from cutting leather or rope, to skinning a lamb, to cutting a portion of meat at an asado. Verijeros tend to be the more decorative of the two knives and you are likely to find hand-made versions using local woods, bones, precious metals and other materials for their one-of-a-kind handles.

Ready to gaucho up?

Coyhaique’s Artisan Fair, across from the city’s Plaza of Arms (between Paseo Horn and Dussen) and El Rincón de la Artesanía (General Parra 97; (09) 77691968), are great places to go to buy knitted and woven woolen articles, including woolen boinas, vests, socks, mantas and hats, amongst many other treasures. You can continue your search in Fernández Regalos (Francisco Bilbao 280), one of the oldest shops in Coyhaique, specialists in articles more refined, such as an authentic wine boot or a scarf for special occasions. To follow this route you will need to know Talabartería Santa Teresa (Freire 205 D; (09) 93185011), with implements for farm labor, in addition to hats, belts and boots of excellent quality. Finally in the Comercial Temuco, La Casa del Mate (Errázuriz 268; (067) 2214243, Facebook: La Casa Del Mate Coyhaique), in addition to the inevitable mate yerba and bulb, you’ll find literally everything for yourself as a gaucho. Don’t forget to buy Spanish playing cards and ask someone to teach you to play "Truco", after that, you’ll feel like a true gaucho. 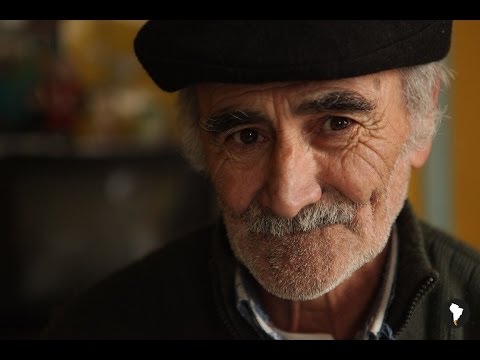 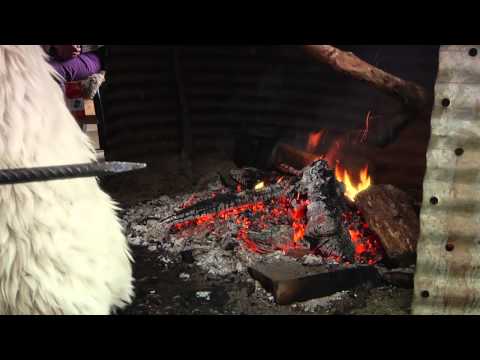 Explore the arts in Coyhaique, inspired by the beauty of Patagonia

If you are a fan of music, painting, literature, theater, and the rest of the arts, Coyhaique is sure to capture your curiosity and your heart!