A tremendous legacy awaits you in Villa Cerro Castillo

The tiny village of Cerro Castillo has a tremendous legacy to share, beginning more than 5,000 years ago with the indigenous Tehuelches who left their prints embedded in the rocks near town. Thousands of years later, settlers arrived full of dreams for building new lives at the base of these beautiful towers. Today, their descendants honor their rich gaucho legacy pioneering new adventures and heights.

Villa Cerro Castillo is located at the base of one of the most majestic mountains of Patagonia. Each morning, villagers have the privilege of opening their doors and greeting their very own mountain with its rich green forests and enormous, snow-capped towers. Local legend says that if you stare long enough you will even be able to see the wise ancient face who watches over the town from the snow and rock.

Many of the Villa’s inhabitants are descendants of pioneers who came to the area around a century ago, working with livestock companies that were established in Aysén or looking for new opportunities. These settlers and their families had to be self-reliant, because in these years there were no roads, no stores, and definitely no cell phone coverage! The harsh Patagonian climate and rugged landscapes rule above all, and they had to be strong to survive. They worked extremely hard to build viable sheep and cattle ranches and to breed renowned mountain horses that were capable of supporting their work. Years later, they began to experiment and diversify their operations with the addition of goats.  And through it all, they worked diligently to build a community, to obtain basic services, and to build a better life for their families.

Modern life in Villa Cerro Castillo is much more comfortable.

Electricity, drinking water, the Carretera Austral, internet, telephones, and new opportunities to work in a tourism industry that is growing by leaps and bounds... These are only a few of the modern comforts that have arrived in this gaucho community. And while these comforts are welcomed, they put traditional ways of life at risk. For example, don’t be surprised if you see a rider on horseback in full gaucho attire, herding cattle with his sheepdogs while checking out his Facebook on his smart-phone in the middle of the Carretera Austral!

The important thing is that despite the changes, the people of Cerro Castillo continue to connect their lives with farming, following the cycles and rhythms of the seasons, maintaining a lifestyle connected to the land, learning and teaching the gaucho ways of life. They cherish their heritage and fight to keep their traditions alive, sharing their stories with pride. You’ll find this evident in the sculptures throughout town, like the gaucho drinking yerba mate next to the playground, and the first pioneer with his sheepdog in the entrance; both faithful reflections of Cerro Castillo and its culture and values.

Just moments from town you’ll discover another great example of how Villa Cerro Castillo is seeking to maintain its roots as it builds its future.  Follow the Carretera Austral south and take the first turn to the left after the bridge over the Ibañéz River. Drive for approximately one km to the site of Villa Cerro Castillo’s first school, which has recently been restored and recognized as a National Monument. This impressive two-story building was built by the Villa’s settlers in 1955 and operated for 16 years. Its original construction used traditional materials and building techniques. For example, its outer walls were made of brick, the floor and rafters hand hewn with axes from enormous tree trunks, and the spectacular roof was constructed with “tejuela” wood shingles, each hand carved.  After years of neglect, the school was recently restored and inaugurated in January 2014 as a museum. Today, you can tour this beautiful building which has a new future educating visitors about the colonization of the Ibañéz valley and the first inhabitants of the area, groups of hunters and gatherers who roamed and hunted in these lands more than 5,000 years ago!

The Ibañéz River Valley is one of the most important archaeological settings in central Patagonia. Scientists have recorded approximately 80 archaeological sites within the Valley and almost half of them contain prehistoric art. There are vestiges of the Tehuelche culture in the entire General Carrera Lake basin, especially in this sector; however, most sites are yet unstudied and are not open to the public. So, the Paredón de las Manos site, located only 200 meters from the Old School Museum, is an excellent opportunity to get a bit closer to this ancient Patagonian culture and see the traces left by the Tehuelches.

It’s a short walk from the Old School Museum to Paredón de las Manos site, a rock wall protected under an overhang, where you will find the hand prints of adults and children, dating back approximately 5,000 years before present-day. The Tehuelches’ artistic style was constantly evolving: the oldest paintings depicted hunting scenes of guanacos, such as the painting seen in Chile Chico. Later, as in these paintings, they began to depict hands, mixing positives (palms) and negatives (outlines), as well as colors and sizes.  In the later paintings they featured abstract figures. Often a single site featured a mixture of periods and styles. They painted with a mixture of dyes, including blood, which they put into their mouth and spit through a hollowed-out guanaco bone. Because of their careful choice of sites, most of their paintings are protected from the elements and have stood the test of time; in fact their biggest risk is from vandalism, which has tragically destroyed many sites and images! 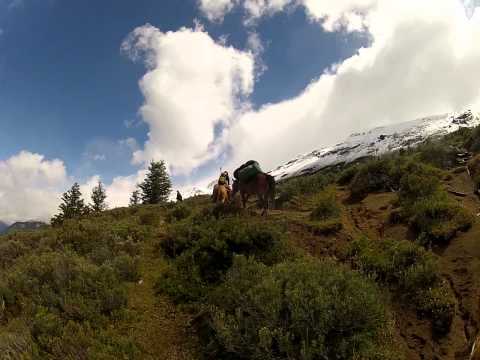 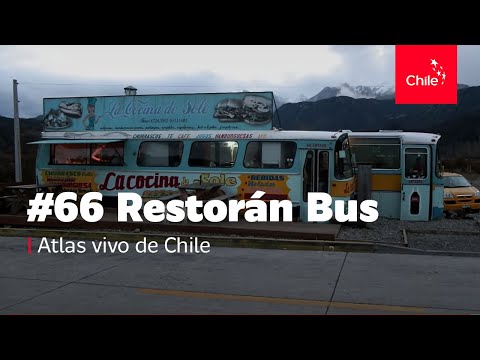 A tremendous legacy awaits you in Villa Cerro Castillo

Reach the towers of Cerro Castillo in gaucho style

The jagged ice covered peaks of Cerro Castillo are one of the most awe-inspiring sites in the Region of Aysén. This great horseback ride gets you up close to the base of the towers where the panoramic views of the Ibáñez River Valley are unsurpassed; from here you?ll walk toward its hanging glaciers and amazing turquoise lagoon.