Cross the Baker to follow the ?road less traveled?

There are several alternatives for getting from Puerto Bertrand to Cochrane. We suggest opting for the road less traveled, that provides you with a great introduction to the culture and heritage of the Baker River basin. You'll cross the river twice via bridges and ferry, in the same way as local residents, and have the opportunity to visit the Museum of the Pioneers where you can learn about the settlers ways of life.

There is more than one route between Puerto Bertrand and Cochrane and our choice winds alongside the incredible Baker River, crossing its waters twice and giving you an up close feel for this amazing landscape and ecosystem. This 52 km route is a great alternative for 4 x 4 vehicles or bikers, allowing you to leave the beaten path and discover the local culture of the Baker.

The Baker River is the second longest and most powerful river in Chile, with a basin that extends 26,726 km2, winding through a unique endemic ecosystem that is an important biological corridor for thousands of species of flora and fauna and home to a small group of settlers who celebrate self-sufficiency and a close connection with the waters flowing from the Northern Patagonia Ice Fields. One of the most unique aspects of this River is the intense turquoise color of its waters.  In fact, many visitors tell us that they had assumed the pictures they had seen had been “photo-shopped” until they finally had the opportunity to “see and believe” for themselves. The explanation is simple: the amazing colors of the Baker are the result of glacial sediments deposited from the streams and cascades coming from the Northern Patagonia Ice Fields above.

Heading south from Puerto Bertrand, you’ll definitely want to make a stop at the confluence of the Baker and Nef Rivers, (Km 12), where you can park your car and walk a short trail to see the “explosion” of colors and rapids of the Baker, falling more than 10 meters in a huge waterfall, just before the Nef River joins. It’s fascinating to note the marked contrast between the turquoise waters of the Baker and the milky waters of the Nef, which form a sharp line at their joining, as if someone had drawn a border to divide them.

Although the falls are not passable, a little later on, to your right, you’ll see the a canyon filled with rapids and fast-moving white water; here, crazy as it might seem, expert and experienced kayakers DO dare to enter.

Eight kilometers further along the Carretera Austral, you’ll find the home of the Rural Museum of the Pioneers of Baker, a project dedicated to rescuing the rural identity of the area. The small museum is housed within the restored administration building of the former Baker Estancia and recreates the decor and conditions of the estancia era. It’s worth a stop to take a closer look at the tools, clothing, furniture, local handicrafts, maps and historic documents on display in the museum, and learn more about its mission to raise awareness about the culture and traditions of the pioneers who first settled the Baker basin.

Leaving the museum, you’ll need to pay attention for the detour to the right which is indicated by a sign for the El Manzano Pasarela (bridge). This route takes you over the Baker and along a country road that follows its western shore. You’ll be able to have much closer views of the River and the farms of its basin, as well as the amazing landscapes that accompany the drive.  The gravel road can be tough in some places (so can the Carretera Austral, for that matter), but if you take it slow and easy, you’ll do fine AND have time to take in the exceptional landscape, with unique views of the river, the Chacabuco Valley and the hills that surround it.

After 3 km you’ll encounter the narrow Manzano Bridge over the Baker and afterwards, begin to climb a bit up short (but steep) grades that wind through the steppe and occasional ñirre forests, recognized as important habitat for native and migratory birds like the thorn-tailed rayadito and the Chilean flicker, which is one of the four woodpeckers of Chile, and endowed with a unique song that resembles its name.

In this section you drive through a beautiful farm called “La Violeta”, which is teeming with lush native forests, including ñirre, lenga and coigüe and wildlife, including the culpeo fox, eagles, and Andean condors. You’ll quickly become accustomed to traversing the cattle guards placed every few kilometers to allow the passage of cars, but not livestock. It is one of the techniques used by the inhabitants of this area who are, in large part, dedicated to cattle and sheep ranching.

The people living in the Baker River Basin live with the knowledge that their farms and valleys are under the constant threat of flooding, the product of a phenomenon called Glacier Lake Outburst Floods (GLOFs). High above the Baker, summer’s ice melts have repeatedly produced the opening and closing of an 8 kilometer long tunnel under the Colonia Glacier connecting two small glacial lakes (Cachet 1 and 2). Periodically, the water builds up so much pressure that it breaks through the thinning ice walls, flooding as much as 200 million cubic meters of water into the Colonia Lake and River and down into the Baker River below. Once emptied, the ice closes back in and the lake refills; usually within a few days.

The Baker can more than double in size during this flooding, cutting roads and damaging farms, leaving residents isolated and at risk. Thus, local residents have been working together with scientists and public agencies to develop a monitoring system that will enable them to prepare for GLOFs. Water-level monitoring stations have been installed on Cachet 2, Colonia Lake, and the Baker River, providing text message warnings to the authorities who pass them on to the public via VHF radios installed in each of the local farms.

Around 20 km into your rural drive, you’re in for an entertaining adventure on the Balsa Baker, which will serve to get you back to the eastern side of the river. This is one of the few remaining rural ferries, powered completely by the flow of the current of the river. It’s an ingenious solution for the transportation of vehicles across the river, historically used in remote areas that could not justify the cost of bridge construction. The “Balsa Baker” is free and operates from 8:30 am to 12:30, in the morning, and 14:00 to 18:00, in the afternoon.  It’s a quick trip across; so be sure to take time to notice the fascinating mechanics used to move the ferry forward, especially the gear and pulley system of wires connecting the raft to the main cable. Once you’ve re-crossed the Baker, you’ll ascend for about 3  km up to re-connect with the Carretera Austral, making a right to head into Cochrane, the largest town of the Baker – O’Higgins Area, and the gateway for the southernmost reaches of the Region, including  Caleta Tortel and Villa O’Higgins. 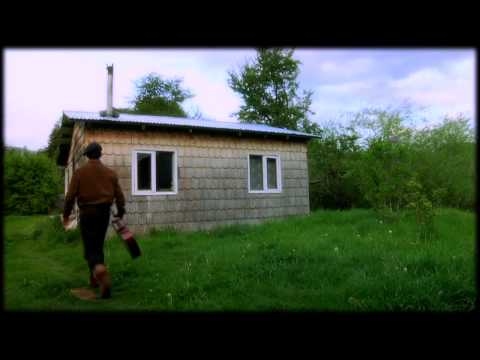 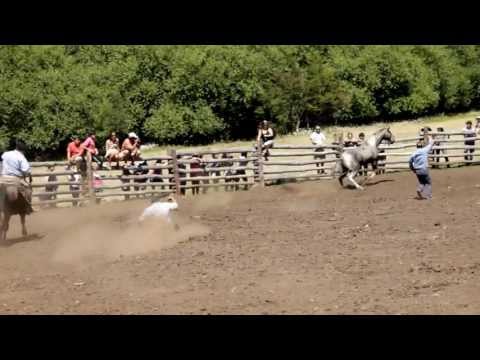 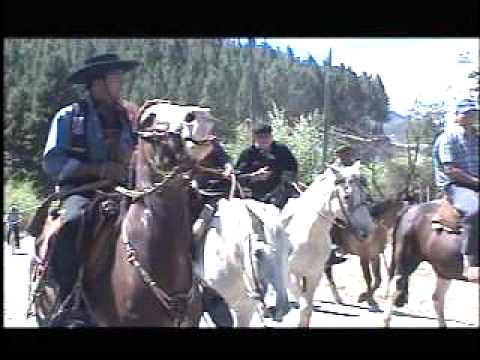 Enjoy the charm of Puerto Bertrand, the village that hosts the headwaters for the beautiful and powerful Baker River. Puerto Bertrand is your basecamp for all things Baker so pick your passion; rafting, fishing, or kayaking, and head this way.