It was the summer of 1894, and the Chilean Government had commissioned two expeditions in the area of Baja Palena. Hans Steffen was in charge of an exploration of the territory with the mission to deliver technical background data to support Chile’s position in the boundary dispute with Argentina that emerged after the treaty of 1881. Elias Rosselot, the State appointed Inspector of Colonization of the Area, was charged with the responsibility of determining the best overland route for future roads between the coast and the interior. He was told to develop this recommendation in collaboration with Steffen, but both had different positions: Steffen intended to make the road along the north shore, as it had fewer tributaries feeding the Palena River (thus less bridges and engineering costs); while, Rosselot defended the idea of routing the road along the south bank of the Palena, because the valley was wider and situated farther from the river; thus there was more space.

The debate was put on the back burner for 114 long years, until finally, the road connecting La Junta with Raúl Marín Balmaceda was completed in 2009. And time confirmed the vision of Rosselot; engineers constructed the road following the southern shore of the Palena River. Two years later (2010), the road was declared a Heritage Route, for its potential to highlight the fascinating and difficult history of colonization in this sector, in addition to allow visitors to enjoy its incredible beauty. You can explore this route in vehicle or by bike, and will encounter several great scenic overlooks of the Palena River, waterfalls, historic farmhouses, volcanoes and diverse flora that becomes increasingly lush and dense as the adventure progresses toward the coast.

Highlights of the Heritage Route include:

Km 0 - La Junta, the “pueblo of encounters” and the beginning of the Heritage Route. We’ve already told you of La Junta’s role as a primary meeting place for area settlers. It’s the largest town of the Palena - Queulat area, with more than 1,300 inhabitants and all the basic services (and not so basic, because it really is possible to find almost everything) that you need for your trip. Long before there were roads, the Palena River was the major transport artery of the sector, complemented by some trails leading toward the villages of the interior, like Lago Verde, Chaiten, Puyuhuapi and some of the more remote valleys. La Junta was known in those years as Palena Medio and was the meeting place of everything: the rivers, trails and of course, the livestock being moved from farms and estancias to regional ports and markets. One of the ports was located in Bajo Palena, now known as Puerto Raúl Marín Balmaceda.

Km 5.6 Overlook that marks the confluence of the Palena and Rosselot Rivers. From La Junta, take Route X-12 to the west, following the route that Rosselot proposed more than a century ago. You will find several overlooks with spectacular views of the Palena River, a critical resource for the development of this area, since it served as the first means of transport between the coastal zone and the interior valleys, providing a viable option for pioneers to move construction materials, animals and other supplies, during the years of the colonization, from the late 1930s, and forward. We recommend that you park your cars or bikes and walk to get a good view of the confluence.  From here, you can imagine settlers trying to paddling upstream in makeshift wooden boats, called chatas. By the time they reached this confluence, they had likely been battling the river for weeks. This sector of the route borders meadows and fields and you’ll likely see livestock grazing; settlers had to work for years, even lifetimes, to  prepare these fields for  livestock. Almost the whole area was marshlands and forests!

Km 25 – Palena River Valley Overlook. This is a good vantage point to take in the full scale of the river, revealing its width, powerful flow and striking colors. The surrounding valley is densely filled with native vegetation.

Km 39.7 - Melimoyu Volcano Overlook. If you are graced with a clear day, this is your place for the best views of the Melimoyu Volcano, an imposing cone covered with snow and glaciers. The literal translation of its mapuche name is “Four udders” (Meli = four, Moyu = udder), because there are four cones rising up inside the crater. It is one of Patagonia’s active volcanoes and the protagonist of several myths and legends. Some attribute special energies, others say it is the doorway to the center of the Earth, and still others have linked it to the elusive, “City of the Caesars”. Whether you subscribe to any (or all) of these myths is your choice; nevertheless, the natural beauty of this place is undeniable.

Km 40 - Correntoso River. Power, strength and color that merits a stop to really enjoy. There’s a small area for parking near the overlook that you shouldn’t pass by. The flow of this river makes it easy to understand why, during the days of the pioneers, its convergence with the Palena River produced huge nightmares for the vulnerable vessels that were frequently confronted with trees and other obstacles that the Correntoso had dragged along its course.

Km 46.2 - Historic River Port. From this overlook, you will have an unbeatable view of the Palena River and one of the ancient ports used by settlers. The ports along this route evolved spontaneously in places with adequate depth and clear access to the shores, factors critical for safe loading and off-loading.

Km 48.1 - Cascada River. An impressive waterfall, for its strength and color. Winter visitors will be treated to a wonderful roar from its rapids. In the summer the flow decreases markedly, but abundant rain maintain its beautiful presence.

Km 51.3 - Mirador of Rincón Bay.  This is the best sector to see meandering curves of the Palena River as it makes its way amongst the dense vegetation. Panoramic Photo guaranteed.

Km 63 - Palena River Ferry. Here, you’ll cross the Palena River by ferry, so as to access the island of Raúl Marín Balmaceda formerly known as the Island of the Lions. Today, only 5 minutes separate the island from the port on the other side, but historically, the trip required several hours and clearly, did not allow for vehicle movement.  The addition of this ferry has changed the lives of local inhabitants forever.

Km 73 - Island of the Lions, a.k.a. Puerto Bajo Palena, a.k.a. Raúl Marín Balmaceda. One of the oldest colonies of the Aysén Region, founded on January 4, 1889, with the name of, Island of the Lions. This first colony failed due to the distances that separated the population and the places for grazing (It wasn’t called Island of Lions for nothing!), and due to lack of support from the State. In later years, small scale colonization attempts continued, mainly impulsed by chilotes, who migrated from the island of Chiloé. It was not until the 1930’s that the colony was officially founded as the hamlet of Puerto Bajo Palena, a milestone for the sector. Puerto Bajo Palena was used as the base for the exploration and colonization of the interior valley, including the area of La Junta. The village changed names again in 1957 to Raúl Marín Balmaceda, in honor of a Senator who died in Santiago, after a sudden and violent heart attack during a meeting in which he had just spoken of the area.

The flavors and culinary knowledge can be a memorable aspect of his travels in Aysén. Every corner has its own recipes and dishes . Discover your favorite recipes here. 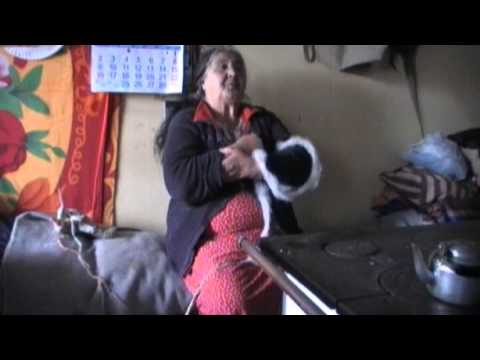 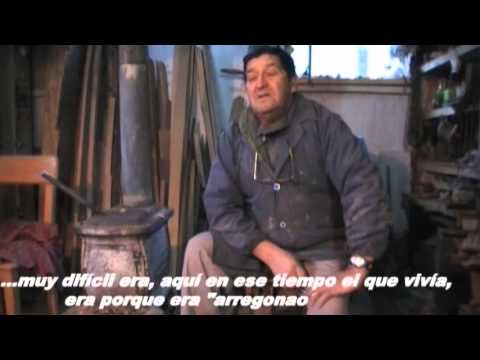 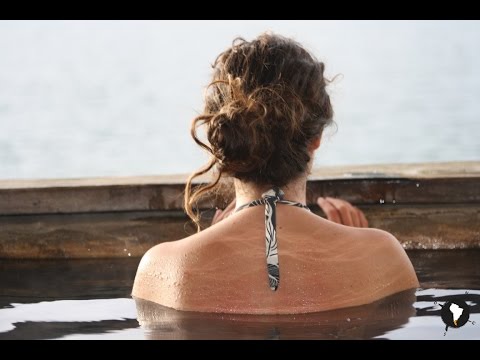 Travel Rosselotâ€™s historic route from the valleys to the sea

Wind through the unexplored valleys of La Junta

The essence of a place is often experienced through its traditional flavors and recipes, as is definitely the case with this recipe for Cazuela de Cordero con Luche (Lamb and Seaweed Stew). It?s a favorite in this part of Aysén, where many settlers have the sea in their heritage and ranching as their life?s work. Learn more with this great recipe!

Puerto Raúl Marín Balmaceda is a small village, nestled at the mouth of the Palena River which, little by little, is revealing itself to travelers who are enchanted to discover its many charms; lush forests, wide beaches, sand dunes, and abundant marine fauna. Walk around awhile and take in the natural beauty or take a boat tour out into the channels to see dolphins, sea lions and birds.

Follow the Chucao Trail to the sea in Raúl Marín

You?ve left the stress of the city far behind and the moment couldn?t be more perfect to breathe in the smell of the forest and walk along the shores of the sea, the sand on your feet, and the wind on your face. The rhythmic noise of the waves accompanies you as you make your way through this beautiful trail, full of surprises and pristine nature.

After long days of hiking, sailing, biking, kayaking or horse riding, it is good to take a break and pamper yourself so you are ready to continue the fun. In the Palena ? Queulat area you?ll have lots of different options for relaxing in Patagonian hot springs, each with a completely different style.

Wind through the unexplored valleys of La Junta

Be among the few who have traveled this photogenic route winding through the unknown Mirta, Cuarto and Quinto valleys. The valleys are home to one of the most authentic traditional festivals of the area and several of the ingenious women farmers of the Women?s Agricultural Club of the Valleys. There are also great opportunities for trekking, fishing and horseback riding.