When mountaineers set their sights on Patagonia, one of their biggest dreams is reaching the summit of Mount San Lorenzo. The tricky climate of this area makes the climb extremely technical; in fact, you can count the number of expeditions that have reached the top on both hands. Nevertheless, the entire San Lorenzo Sector is filled with interesting hikes and activities, making this mountain and absolute ?don?t miss?.

If you have had the opportunity to visit Cochrane, the Chacabuco Valley, the Mayer River sector, or to drive along Route 40 between Bajo Caracoles and El Chaltén, Argentina, you have certainly noticed the immense and imposing massif on the horizon: it’s Mount (or Cerro) San Lorenzo, the second highest mountain in Patagonia, considered one of the most challenging peaks for seasoned mountaineers. It is not uncommon to encounter climbers in the sector’s base camps impatiently waiting for a window of good weather to attempt their climb to the top.

The first summit of Mount San Lorenzo was in 1943, when a group of three mountaineers, led by an Italian Salesian priest, Fr. Alberto de Agostini, reached the summit of the main peak on December 17. His team had been exploring the San Lorenzo sector for three consecutive years, before encountering a feasible route; in the decades since, the list of climbers who have been able to replicate this route remains extremely short. But for those select few, the prize is big: the privilege reaching this 3,706 meters height rewards a 360° panorama of the infinite Argentine pampa, the peaks of Mount Fitz Roy, the lush forest of the Chilean territory, and the rivers, glaciers and mountains of the San Lorenzo Range.

Explore your own route in the San Lorenzo Sector.

If you would like to visit the sector and do some hiking or horseback riding, contact Don Luis Soto and his wife, Senora Lucy Gomez, pioneers of the area, who have a wonderful farm and camping area at the foot of San Lorenzo, and a mid-mountain refuge that’s perfect as a basecamp for multi-day hikes. You meet them in Cochrane and drive the 90 minutes route together, which takes you through spectacular landscapes along secondary and farm roads.

When you arrive in the Fundo San Lorenzo, you’ll feel like you have found your very own bit of mountain paradise, completely isolated from the modern world. Here, surrounded by incredible peaks of the southern Andes, Luis and Lucy have built one of the best campgrounds in the Region, with a great quincho where guests can cook, and bathrooms with hot water and a washing machine.

From their camp, there are self-guided day hikes in all directions, but everything is “off-trail”, so you need to have maps, GPS, and the experience associated with this type of hiking. For example, there’s a great day hike that climbs the southeast face of Cerro Mirador, ascending approximately 1,000 m, over a distance of 4 kilometers. It is challenging, but the views from the overlook, which include the wide open valleys, enormous glaciers and jetting peaks of the San Lorenzo Range, are breathtaking - be sure to have your camera ready!!!  In good weather, your view extends further; to the main peaks of the Northern Ice Field and the wide valleys surrounding Cochrane and the Tamango National Reserve. If you don’t have previous experience with this type of trekking you can contract Luis as your guide; either for hiking or horseback riding in complete gaucho style.

In addition to their main camping area, several years ago Don Luis built a mid-mountain refuge, in the De Agostini Base Camp Sector, which many climbers use during their quest for the summit. It takes a full day of trekking to reach this rustic refuge, and we highly recommend the route. Once you arrive and settle into this fully equipped, quaint infrastructure, you probably won’t want to leave and at a minimum, will want to use it as a base from which to explore the surrounding area. When you finally do come down, we recommend ending your San Lorenzo experience with one of the best asados al palo around; Don Luis, Señora Lucy and their son, Francis are asado pros, their quincho is fantastic, and there’s sure to be dancing with plenty of live accordion and guitar. 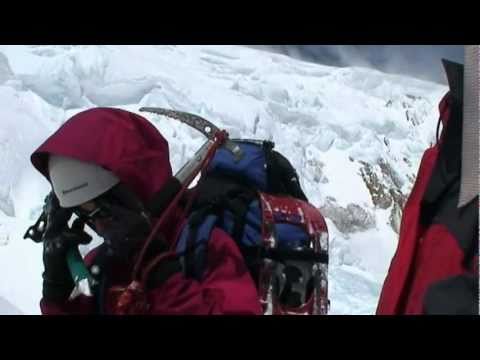 Pay tribute to the huemul with this two-day hike & festival

Each year, during the last weekend of January, a festival is held to celebrate the huemul (hippocamelus bisulcus) and the critical habitat of Valley Chacabuco and the Tamango and Tamanguito mountains. The main event is a two-day group trek called the "Route of the Huemul". The hike attracts local, national and international participants who love ecotourism and nature.