To the ancient ice of the Calluqueo Glacier, thanks to Frank Hornby

Calluqueo is the main glacier descending from Mount San Lorenzo. Until recently, access to this glacier was extremely difficult, but the completion of new meccano bridges at the base of the mountain has made it possible to get up close and even trek across this ancient ice. It's an unforgettable experience that affords a unique perspective of the second highest mountain in all of Patagonia.

Not long ago you could only access the Calluqueo Glacier after kilometers of horseback riding along the rustic trails of the troperos (cattle herders), but the opening of new sections of the road that will someday join Cochrane with Villa O’Higgins affords visitors the privilege of seeing its beauty first-hand. To explore this sector, fill up your gas tank, double check your 4 x 4 traction and head south from Cochrane on the Carretera Austral. You’ll turn left, approximately six kilometers south of Cochrane, on the road to the Mount San Lorenzo sector (Route X-901). The route follows the Emerald Lake shoreline through farms and forests until it meets the Salto River. Have your camera close, because if the weather permits, you’ll get your first good view of the impressive towers of Cerro San Lorenzo, the second highest mountain in the Patagonia, with an elevation of 3,706 meters.

After passing the confluence of the Salto and San Lorenzo Rivers, you’ll cross a giant, life-size version of a “meccano bridge” and continue two kilometers further, until you find the fork toward the glacier. Take a right at the fork along a secondary road that skirts the border of the Confluencia Lake and later, the Salto and Calluqueo Rivers. You’ll drive approximately 12.5 km before crossing a second meccano bridge over the Calluqueo River. Continue approximately three kilometers before parking your car. From here, you’ll need to climb the path of the moraine to your choice of vantage points for the great panoramic spectacle laid out before you: in the foreground, beautiful native forests and wetlands with a river winding through; in the mid-ground, the impressive Calluqueo lagoon that gives birth to the Calluqueo River; winding from high above, the tongue of the glacier itself, a mysterious ribbon of ancient ice, a spectrum of transparency, whites, and blues, interspersed with millions of cracks and sinks. Rising way, way up behind all of this beauty are the spectacular peaks of Mount San Lorenzo.  It’s truly breathtaking.

Do you remember playing with meccano, or erector sets, when you were a kid?

These popular children’s toy building sets were invented in 1898 and inspired generations of engineers the world over.  They included re-usable metal plates, angle girders, axles and gears, support strips and wheels, and a collection of nuts and bolts that were used to connect the pieces. Apparently, a number of engineers remembered the experience of playing with these toys, because at some point, the “building set” was reverse engineered; the miniature version was recreated using life-size technology. All over the world, in remote areas where bridge building is extremely difficult and expensive, meccano technology and principles are implemented and the bridge you will cross to reach the Calluqueo Glacier is an example of these meccano techniques.

To fully take advantage of the opportunity afforded to you by Patagonia, Mother Nature and Frank Hornby, the inventor of Meccano building sets, we suggest that you contact Jimmy Valdés, owner of Lord Patagonia Audiovisual and Tourism Services, (www.lordpatagonia.cl), or one of the other local guides working in this area. You can arrange to meet your guide in Cochrane and travel to the glacier for an up-close and personal tour.

The true adventure begins after your initial gazing has finished.

You’ll hike down to the shores of the lagoon and cross, via a small outboard-motored boat. Once on the other side, Jimmy will share helmets, crampons, and safety instructions before leading you up the ice on a three-hour trek through this surreal glacier landscape. You’ll lunch next to the glacier at the foot of mythical Mount San Lorenzo before heading back down, or, if the ice has become an insatiable vice, you can extend your adventure (with previous coordination), and spend the rest of the afternoon on the ice before heading to the side to set up camp. Where? On the side of the glacier, there are perfect spots where you’ll be afforded incredible views of Mount San Lorenzo and the zillion stars that fill the sector’s skies. 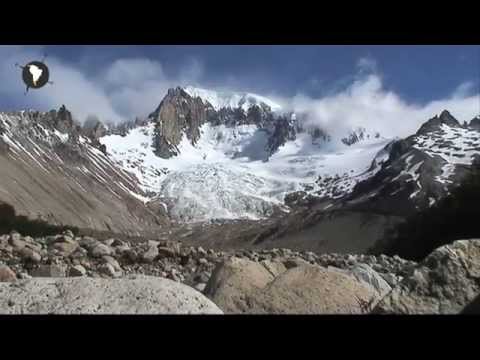 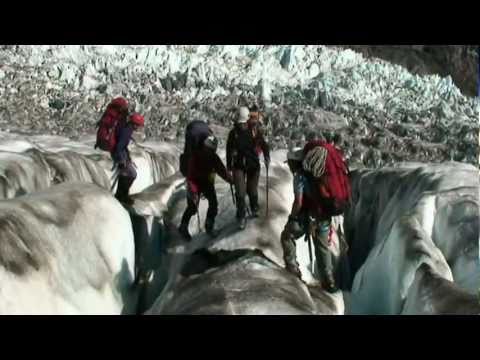 To the ancient ice of the Calluqueo Glacier, thanks to Frank Hornby

When mountaineers set their sights on Patagonia, one of their biggest dreams is reaching the summit of Mount San Lorenzo. The tricky climate of this area makes the climb extremely technical; in fact, you can count the number of expeditions that have reached the top on both hands. Nevertheless, the entire San Lorenzo Sector is filled with interesting hikes and activities, making this mountain and absolute ?don?t miss?.