When you cross the bridge over the Risopatrón River and visit the El Silencio Ranch, you will be surrounded by the life work of a true gaucho, Don Santos Altamirano: his hand built rustic Fogón, his music and stories, his delicious Asados and smoked meats and his latest creation, the El Silencio trail, a beautiful hike that winds between ancient forests and the Risopatrón River.

It is an ambitious challenge to fully understand the culture and ecosystems of the Region of Aysén. The landscapes change drastically from the seas to the pampas, the climate is a mixture of everything (often at the same time), and there are so many quirky traditions and customs! Thankfully, there are some special places that allow you to experience the essence of the nature, culture and history of the Region; the fogón, which is similar to a quincho, or an indoor barbecue house, at the El Silencio Ranch is one of these amazing places. It has been built by hand, using native woods and materials and is filled with relics and decor that reflect the gaucho style. The person responsible for this amazing atmosphere is the charismatic host Don Santos “Tito” Altamirano. Amongst many other talents, Don Tito is an incredible musician and storyteller who loves to share Patagonian anecdotes and rounds of yerba mate, while sitting around his giant open fireplace, keeping a watchful eye on an Asado al Palo, cooking in the embers.

Don Tito has plenty of stories to liven up an entire evening. He’ll tell you of gauchos and troperos, working in the Palena – Queulat area before there were roads to move livestock to the Puyuhuapi ports.  During this time, he was around fourteen, and worked as a boat operator, moving men and livestock across Risopatrón Lake. During those years he developed a taste for exploring; one which served him well later on when he accompanied Senator Antonio Horvath and his crew in the development of the route of the Carretera Austral. Don Tito continues to open up routes, but now for travelers to explore hiking.

How to work off the extra weight you’ll gain eating the delicious food at the Silencio Ranch?

First thing, after you eat, ask Don Tito to get the music going! He’s likely to appear in full gaucho array, with goatskin chaps, a poncho and large brimmed hat, ready to begin the fun. Don Tito is an accomplished composer and guitarist, with a repertoire of songs that tell of his life and adventures in Patagonia.  Perhaps his most famous song is that which tells the story of how he designed and engineered the bridge crossing the Risopatrón River to his house; a feat which earned him recognition from many, including the President of Chile!  Don Tito’s music will quickly have you dancing and working away all the calories you’ve eaten during your asado.

Don Tito’s latest engineering work is the new 5 kilometer hiking trail, Sendero El Silencio, through a corner of his enormous farm. This trail winds through forests of arrayanes, coigües, tepas, ciprés de las guaitecas y mañíos. It borders the west side of the Risopatrón River (excellent fly-fishing waters) and is equipped with bridges, walkways and signage of excellent quality. Everything has been hand-crafted using rustic tools, and the talents of Don Tito, his team of ranch hands, and students of the John Paul II high school, in Coyhaique. 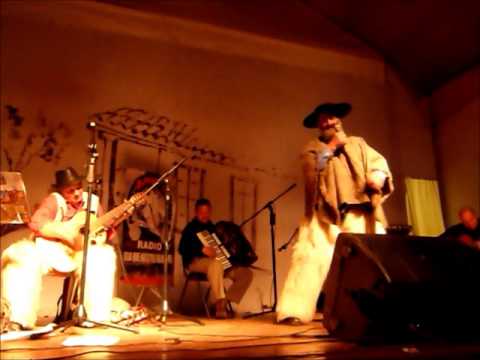 Summer in Patagonia is synonymous with Asado al Palo

It is almost unthinkable to travel through Patagonia without tasting the delicious traditional way of barbecuing lamb, called asado al palo. Here, we share the secrets of its preparation and its importance in the Aysén culture.

Sip the flavor of Patagonia during the ritual of drinking mate

More than a hot drink for a cold day or a pick-me-up in the morning, yerba mate is a tradition in Patagonia; a facilitator for socializing and getting to know one another. Drinking yerba mate is big in this part of the world and it?s pretty likely that you will be invited to join in at some point in your travels. Prepare yourself and learn a little more of this symbol of the culture of Patagonia.